The Starry Messenger on Harlequin Reversible

Tony Award winner Matthew Broderick is in London performing the lead role in The Starry Messenger at the Wyndam’s Theatre until 10th August, 2019.

The play, staged on Broadway a decade ago is written by Kenneth Lonergan who won an Oscar for his 2016 drama Manchester by the Sea.  Starring alongside Downton Abbey’s Elizabeth McGovern, the actors have received high praise for their portrayal in the comic drama. 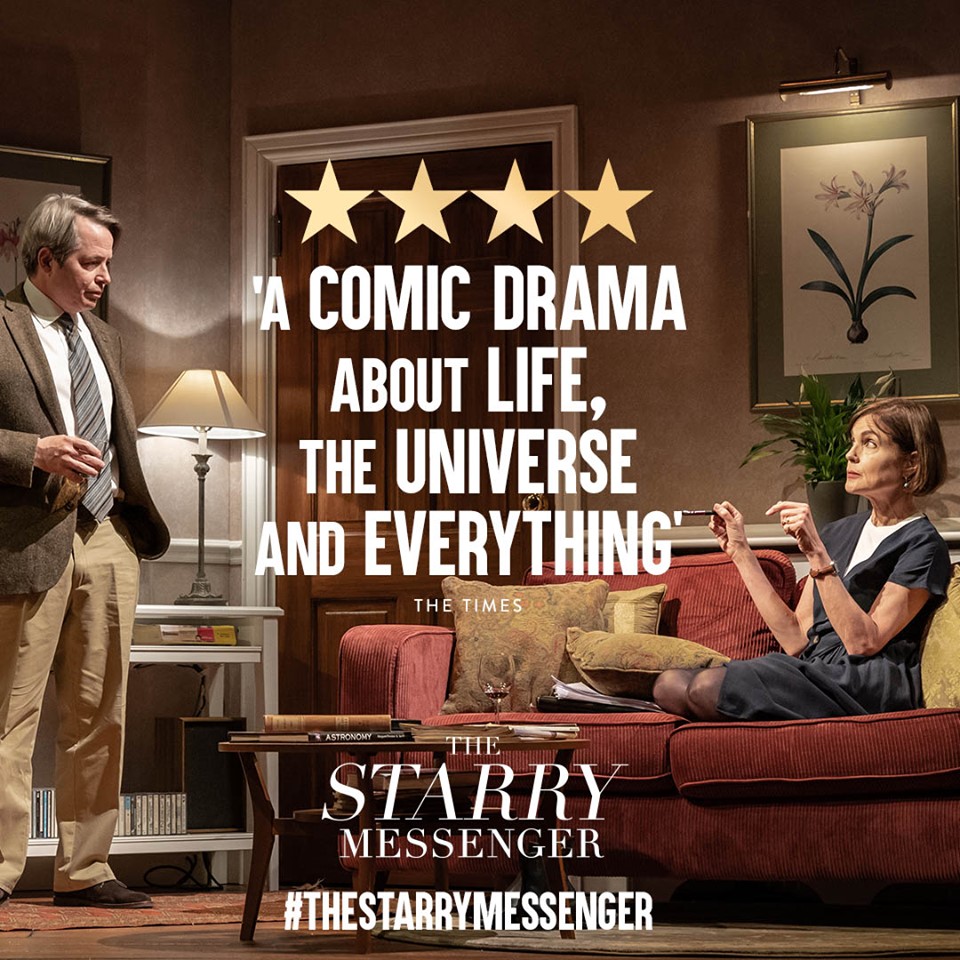