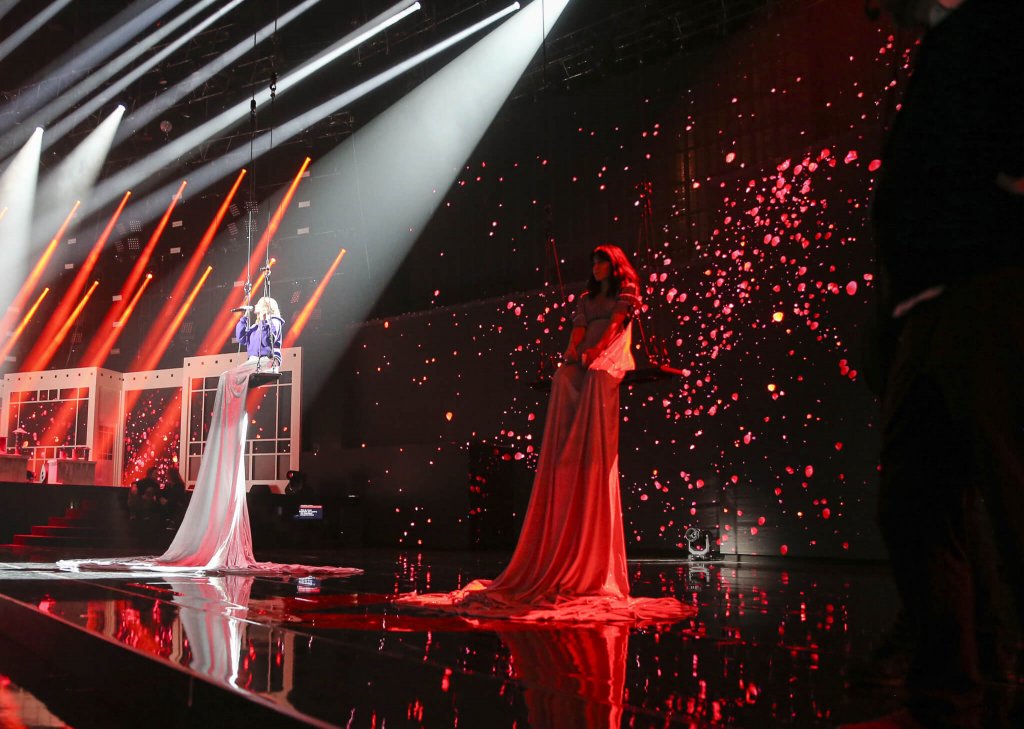 The 90,000-strong audience were treated to a glittering line-up of 46 artists performing in the concert held annually in aid of homeless charity Restos du Coeur and broadcast to a further 8 million viewers on TV channel TF1.

Founded in 1986, the French charity distributes food packages and hot meals to those in need with more than 100 million meals distributed last year.