Harlequin Hi-Shine and The Lehman Trilogy

Following a sold-out run at the National Theatre and the Park Avenue Armory in New York, the critically acclaimed The Lehman Trilogy will transfer to the Piccadilly Theatre in London’s West End.

Harlequin Hi-Shine in gloss black was selected for the staging in both New York and London.

“Much of the production’s impact is due also to the genius of the design elements, housed to perfection in the massive Drill Hall at the Park Avenue Armory, arguably New York’s most imposing theatrical performance space.  Devlin’s transparent cube, furnished in minimalist contemporary office style right from the start, with stacks of packing cartons, sits on a glassy stage floor that can evoke the ocean or a street pooling with rain puddles in a storm. ”

The Lehman Trilogy is at the Piccadilly Theatre, 11th May – 3rd August 2019 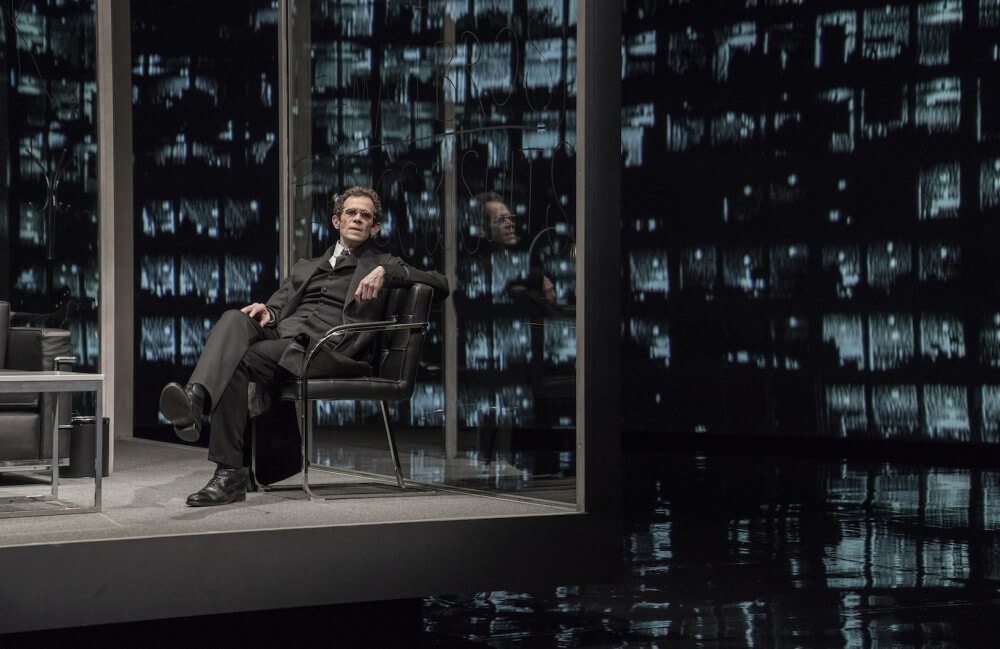